The Red Mountain is a weight loss program mostly known as RM3. It is for those who want to see their body transformation very fast. It is popular for people who are busy, don’t have much interest in physical exercise. Here we have gathered some successful people’s story to inspire you on RM3.

Just to let you know that, Weightlosspie is a participant in the Amazon Services LLC Associates Program, an affiliate advertising program designed to provide a means for sites to earn advertising fees by advertising and linking to Amazon.com.

We’ll now discuss about some interesting stories of people around you. They adopted Red Mountain weight loss program and changed their destiny. They took the RM3 program and gained success with their desired body transformation.

Firstly let’s have an eye on her profile:

Now let me tell you a story of Kellee L. who has lost her 101 pounds by taking the Red Mountain weight loss program:

Kellee L. is from Indiana. Her weight was 238 pounds. She was struggling with her weight her whole life.

How she struggled and get frustrated?

According to Kellee, she had gone through a disgusting lifestyle. She was too heavy that she herself couldn’t control her.  Taking a picture was a big struggle for her. She hated taking pictures of herself. Kellee wanted to wear pretty attractive clothes but she couldn’t. She tried many diet plans, work out plans and so on but nothing worked for her.

Although she lost almost 10 pounds from those plans, gradually Kellee gets back to her previous weight. She was very frustrated, confused, sad and even didn’t know how to eat or how to exercise.

How did she know about RM3?

While started she didn’t know what is going to happen with her. She started taking prescribed meals and medications. then Finally miracle of her life happened. She was 238 pounds before. After taking the Red Mountain weight loss program she became 137 pounds! Now she can dress like how she wants, whatever she wants.

Firstly let’s have an eye on his profile:

So let’s see what happened to Brian.

Brian is a man who was facing an overweight problem since he was in fourth grade. He was about eight or nine years old then. He tried a lot of weight loss programs, diet plans, work out plans. Instead of reducing weight, He gained more weight. After some time he was about 355 lbs man.

How was Brian’s struggle?

Brian was a 355 lbs man. His weight troubled him a lot. Even he couldn’t walk in a proper way. He has wasted many years to solve this problem. But every time he failed. He couldn’t go out with his family. He and his family were very unhappy. After these, he got very frustrated.

How did he know about RM3?

While going to his work, Brian used to hear the radio. He has been hearing commercials about RM3 for some time. Then he decided to look into RM3 program to see if there anything they have to help him.

How did the miracle happen?

Taking the program was not so easy for Brian. Because this program will change his food habit and his life circle. But he took the program. He Followed all the instructions.

Then after 8 months, he lost almost 128 lbs of his weights. He lost more than weight that he had lost in the last 25 years of his life. Now Brian can walk, he can run, he can go out wherever he wants to with his family. He is leading a very happy life with his family.

Firstly let’s have an eye on Lauren’s profile:

Now let’s see what happened with her.

Lauren was an overweight woman. She was upset with her 159 lbs weight. Her dream was to be a fit woman. She tried a lot of weight loss plans but nothing worked well for her. She even failed to lose more than 5 lbs by using those techniques.

How was her struggle?

She always wanted to have a regular life, wear beautiful clothes. But she was almost 159 lbs and with this weight, she couldn’t be able to do that. She was very frustrated. She was thinking of giving up.

How was her journey with RM3?

Lauren was disappointed with her overweight issues. She almost gave up from her weight loss thinking. Finally, she gave her the last try. She took the RM3 program. When she visited the RM3 office, she was 159 lbs and 5 feet tall. She took her overweight as a challenge. She followed all the recommendations shared by the RM3 physicians. Now she lost 34 lbs of excess weight applying the RM3 plan. She is happy now and can wear her favorite dresses. She now fulfilled her destiny.

Firstly let’s have an eye on his profile:

Allen has a big body with weight of 262 lbs. When he finished his high school graduation at 1971 he was 165 lbs. But in 2015 he was 262 lbs. That was a huge weight gain for him. On these years he tried a lot of weight loss plans and the result is a big zero.
He lost almost all his hopes. Day by day he was getting more demotivated. He started blaming himself. He started calling himself a loser. Then he heard about Red Mountain program. He planed to try RM3 pack. He was looking for such a program that can help him get rid of his excess fat.

How he takes the challenge?

While taking the challenge he used to call himself a loser. He was finding something that helps the losers. Then came to know about Red Mountain weight loss program.  Then he takes the challenge and tried RM3.

In the first few weeks, the biggest challenge was to change his food habits. The medications were no problem at all. He had to take prescribed foods, drink more water on a daily basis.

How did he win?

After having some amazing struggled days he lost 84 lbs weight. From 262 lbs, he is not 178 lbs. That was an amazing journey with RM3 for him. He had to change all his fat clothes to skinny clothes. Allen is a happy and fit man now.

Apart from the success stories, there are some unsuccessful people too. There are some people for whom RM3 didn’t work well.  Dorothy J.’s shared her story on yelp Red Mountain Weight Loss community. Let see her story:

Dorothy J. is a woman who tried RM3 but did not work right for her. She is very disappointed that she went to their place and spend her $170 only for a diet plan. According to her, she could find that on several books available in the market.

Moreover, she got confused between what to do and what not to do. She wanted her money back. She also claimed that the Red Mountain weight loss program charges more than its worth.

Finally, we can say that every coin has two sides. No one is perfect or nothing is perfect. But the thing is you have to choose the best option for you according to your expectation.

Here, we have tried to give you some detailed user review. We hope it will be helpful for you if you think you are in confusion to take this plan or not. So clear your confusion and get the Red Mountain weight loss project. Defeat your weight and change your lifestyle. 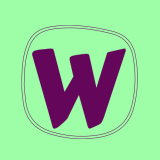 Hi, this is Frida! I love to share ideas, plans, tips and techniques identified with the need for behavioral or lifestyle modifications to help support people living a better life.